Producing new lines of pitches of various lengths, all ending on the same bar. 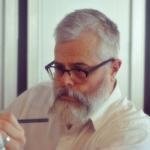 By TomTolleson
November 22, 2021 in Function Examples